I didn’t learn Japanese language. Sorry, I can’t subbing the conversation, because I don’t know how to split the sentences for perfectly matching some parts of this video.

I got this video from : Mazuru Son (Thank you very much^^)

– Ueda: First message is from you co-star from gokusen, nagase-san.

– Ueda:
Message from namase-san:
This is regarding a small failure of nakama-san. “there is a viewing’hotaru’ festival near my house. So while we were filming …, I suggested the idea of attending the event together, however due to clashes in everyone’s schedule, the gathering was aborted midway. YET, on the the day the event (the date when they were SUPPOSED to meet), my door alarm rang, through the peep hole, we could see it was Nakama-san standing at the doorway.

Of course i was outdoor filming and wasn’t at home and my wife called to tell me “NAKAMA-san is here, what should i do?”

+ Nakama; ahhh, ya…. sou desu ne. Actually we didn’t contact each other.

– Ueda: Oh so he didnt extend the invitation and you went there yourself willing??
Some how it feels like you are going over to your neighbour’s house for dinner?

+ Nakama: He didnt officially extend the invitation, but i heard it from the other staff who said that we will be gathering at Namase-san’s house for the event and almost everyone is going.
At that time, it was around one week before the actual date of the event.
During that one week, i did manage to see Namase-san. However due to the fact that i was filming some rather tedious scenes and focused all my attention in acting, i didnt get to confirm with him about it.

But in my heart, i already presumed/ confirmed the gathering, thinking that on that day i MUST GO!

So that’s why on that day, I went to Namase-san’s house and his wife came out-wearing really casual clothes- together with their dog-which was barking at me.

His wife said: Yes? IS there anything i can help you?

– Ueda: ah aya, his wife must have felt really shocked.

+ Nakama: So i said ‘Everyone’s here already right? So sorry i am late!’ And as I was in the midst stepping into the house, his wife immediately blocked the entrance and said ” Ah! So sorry about it, but WHAT is the matter?”

– Naohito Fujiki: I can confirm from that, that there is no gathering at all.

– Ueda: Even if there were to be one, she wouldnt be wearing such casual clothes right?

+ Nakama: So i said ‘ah you are still joking around me right, onegaishimasu!” and wanted to step into the house. But no matter how many times i tried going in, I was unable to….

– Ueda: Ah you actually made such a huge challenge out of it?

+ Nakama: Then she said that i got it wrong and that no one came.

+ Nakama: Ah no, she invited me into her home for some tea and i sat down for a while…

– Ueda: He… Is this kind of things normal? You confirming everything yourself and afterwards committing these kind of small mistakes?

### Ramblings (The Blogger who translate this show) : Ahhh. there, hope this satisfy a bit of your nakama-thirst 🙂
I shall carry on translating this interview. Full clip is below at the link. Unfortunately, i am unable to download the original version and place it on youtube.

PS. In fact, The last wave of “Full Show” ( http://vimeo.com/34341319 ) might be ‘wave 5’. But I can’t find English translation for this part. It seems she talked about ‘Hiroshi Abe’, her co-actor in ‘TRICK’ series, and showed what is in her bag. I don’t understand what they said, It was very funny though. Don’t miss it! She’s so cute. 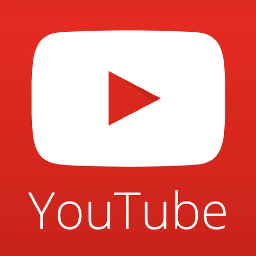